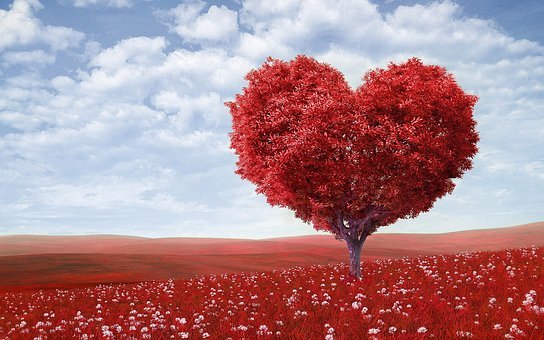 Charlene longed to hear those three words, but after nine months of going out with Mark, she was still waiting. She loved Mark, and many times she had almost blurted the words out. But she worried he would freak out and run. So many had in the past. Mark had been single since his wife died 4 years ago. She knew she had to go slow.

‘Go get yourself some sexy underwear,’ her crazy girlfriend Nicky had suggested.

That’s how Charlene found herself for the first time in a sexy lingerie shop. More of a cotton brief girl she never understood why something ten times smaller cost ten times more.

‘Can I help you?’ the beautiful young shop assistant enquired.

Didn’t stop the assistant. ‘Can I offer you a measure?’ she asked. ‘So important to wear the right fit or you will never feel comfortable.’

Two minutes later Charlene was in the change room being measured every which way.

‘Is this for a special occasion?’ the assistant asked.

‘Yes it is,’ Charlene replied without elaborating.

‘You’re a standard 14C. Let me show you a few of our special items.’

Before Charlene knew what was happening, the assistant led her to the far corner of the shop. The mood was ‘special occasion’. A large ruby red electric candle sent flickering shadows onto the exquisite lingerie making the pearls and sequins sparkle.

‘How about this one?’ The assistant held up a black lacy one-piece. ‘Try it on if you like it.’

Charlene had to admit it was a big step up from her usual big cotton briefs, but wondered how she would ever get to the bathroom in time with that on.

As if the assistant read her mind she held up the crutch area ‘easy access too for emergency visits to the bathroom.’

Charlene blushed. What does this young woman know about emergency? Her bladder turned into a roaring faucet as soon as she put her key in the front door.

‘Or maybe a set like this one?’ the assistant suggested removing a burgundy lacy bra and knicker set from the rack. ‘Made to hold everything in place.’

With gravity pulling her body parts in the wrong direction, and a sweet tooth adding to the roundness of her maturing body, Charlene liked her bits being held in place.

She struggled to get the items on in the change room, but with the help and praise from the assistant she finally looked at herself in the 3-way mirror. At first only for a few seconds, avoiding the full inspection. Then with surprise. Even with her cotton brief underneath she had to admit she looked damn good. She stood straighter and noticed even her eyes sparkled. She felt proud and looked straight into her own eyes in the mirror.

‘I love you! I am buying this for you old girl. Happy Valentine’s day Charlene.’

The pavement rushed towards Angie’s face like an overnight intercity train. Last sound she heard was when her skull cracked; last thing she remembered was seeing three colours, red, blue and green. It was also what her facial bruising looked like over the next couple of weeks. First blood red, then the bluish tint and finally greenish. Not at all flattering.

Angie could live with the unflattering look, but hated her lost hour before stacking it and waking up in the hospital bed, dressed in white cotton; a stark contrast to her blood-stained face.

‘Good to see you are back with us, Angie’ the nurse approached her, exhausted eyes belying a face showing teeth from ear to ear.

‘Where am I?’  Angie whispered, her throat full of sandpaper.

‘You are in Merryvale Hospital. You fell and hit your head on the pavement. I believe a waiter from the Windsor cafe tended to you and organised the ambulance,’

‘I remember nothing,’ voice cracking with panic. What had she been doing in Windsor? Knew no one there other than an ex boyfriend; a real pain in the arse, in fact borderline stalker material.

‘It’s normal Angie. Your memory will come back in time. Relax and rest up now,’ the nurse assured her.

Her head spun sending nauseous waves up her whole body. The nurse passed a bowl just seconds before Angie’s stomach broke. It was lighter after. The bowl was not.

After a few days of bland hospital food and noisy cleaning machines waking everyone up at 5am, she eagerly returned home. Non the wiser as to her lost hour, she rummaged her handbag for clues. Receipts, train tickets. All pointed to her trip to Windsor. But why? She emptied her bag, but it still felt heavy. Something in the inside zippered pocket. ‘WTF!’ Angie slumped on the bed staring at the small black gun in her hand.

Angie’s memory never returned. Neither did her ex boyfriend.

Today’s positive ….feeling a sense of achievement after a full weekend and still managing to enter the Furious Fiction short story competition in time. Good luck to anyone else who entered.

Today’s positive….had fun writing a short story for this month’s Furious Fiction competition run by AWC. This time these three sentences had to be included:

The door was locked.

Short story written for competition. Only prompt was this picture had to be the opening scene. Didn’t win , but I loved writing the story

‘Is that a chip?’ Moira thinks out loud leaning across to pick up the sparkling wine glass. The table is set with luxurious silver ware, sparkling glasses and perfume rich flowers from the garden. Ready for her distinguished guests.

‘Oh damn, I am down to the last of my mother’s best set. Must be more careful when I clean them. I cannot replace them,’ Moira thinks to herself.

Dinner is ready and the smell of roast turkey with all the trimmings is wafting from the kitchen.

‘Hope there is enough this year for all of us. They come hungry and dig in like it’s their last meal. For some it may be,’ Moira fights back a lonely tear making its way down her cheek.

‘Must be happy and grateful tonight. It is Thanksgiving Day’ She reminds herself and puts on some cheery music, trying to fight back the memory of 3 years back.

The doorbell rings twice and Moira opens to greet all her guests. They come together all dressed in their best Sunday suits and dresses.

‘Thank you for inviting us again Moira. How have you been?’ Frank asks as he leads the group into Moira’s dining room. His face weather-beaten and red from too much alcohol over the years and his suit worn and frayed at the ends.

Moira smiles without answering. They all know.

‘So good to see you all’ Moira announces noticing Lily admiring the silverware running her finger across the smooth lines. Lily is wearing a long 70s dress in silver herself. Her unwashed hair has been brushed. She looks almost attractive if not for the dark sunken eyes and bruises on her arms.

‘What’s for dinner Moira?’ Tom asks as he sits himself next to Moira. The hungry one, Tom is. Also the youngest at barely 24. He joined in the annual dinner last year invited by Tammy after Dave left the city.

‘Just vanished one day,’ Tammy told them all ‘no farewell, just took his few belongings and left,’

‘We are going to have Roast Turkey Tom, hope you all like it. I have tried a new stuffing this year,’ Moira tells them all.

‘I liked the old stuffing’ Gary quips up looking frightened. He doesn’t like change. Has never moved from his tiny place in the city.

‘You will love this one too Gary’ Moira reassures him patting his shoulder as she gets up.

‘Tammy and Tom, please help me,’

The young couple jump up eager to help, hoping to grab a morsel before the others.

Trays of food is brought in and placed on the table to the hum of appreciative noises. Moira looks at her guests; their eyes shining and their mouths eagerly smiling in anticipation.

Her rich and colourful family from the city streets gracing her home once again. They are her family now, her only family. They all help each other on this often lonely Thanksgiving evening.

‘Thank you all for joining me; enjoy your dinner,’

Feel good about finishing a short story this afternoon for the June Furious Fiction competition.

Always fun. This time the story just had to start with the scene in this photo.